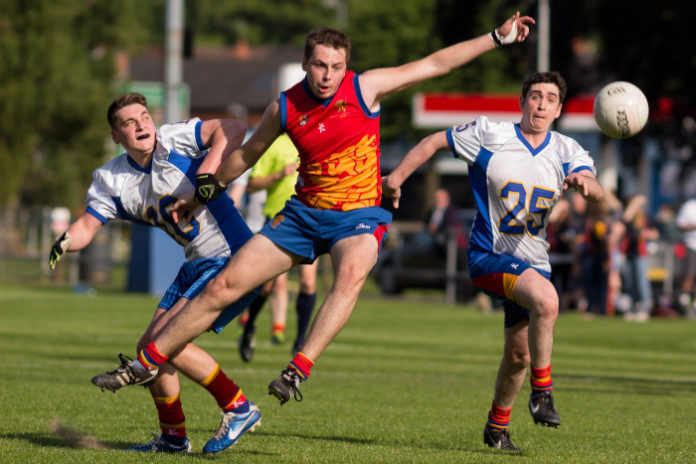 Australian rules football has now only been recognised as a truly national competition.
After a decade and a half of fighting off the V.F.L (Victorian Football League)
stigma, the A.F.L would be delighted with the last 6 years results.

Australian rules football was developed by 2 enterprising young men back in
the Mid 1800`s who needed to find a way of keeping the cricketers fitness levels
up during winter.
They came up with what we know today as “Aussie Rules“.

Played only in the State of Victoria initially,in 1897, the Victorian Football League
or V.F.L was born. This competition was the elite of footballers from Melbourne and
surrounding districts.
It was a thriving competition attracting crowds in excess of 60,000 to each of the
6 games played on a Saturday afternoon in suburban Melbourne.

The game spread to the other states of Australia but never had the profile that it
had in Victoria. Elite players from interstate came to Victoria to pit their ability
against the best in the nation.
Interstate carnivals began in the 1950`s but it soon became evident that Victoria
was clearly dominant sometimes winning games by extraordinary amounts.

By the 1970`s this format was changed to allow players to represent the State they
initially came from. This allowed all the elite players from other states that were
playing V.F.L to “Go Home” and represent their own State.
This had a dramatic effect on the Interstate competition and bought renewed interest
from the other States.

The governing body of football decided to relocate one of the V.F.L teams to
Sydney in New South Wales.Hence the South Melbourne Football Club moved
north in 1982.By the late 80`s the V.F.L could see the interest level soaring
from other States and put the wheels in motion to include teams from Interstate,
namely: